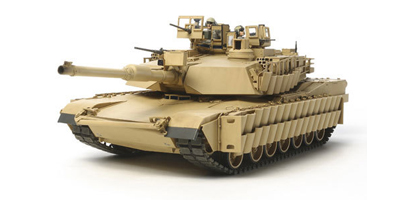 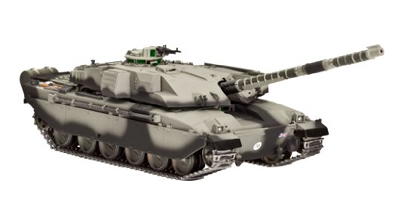 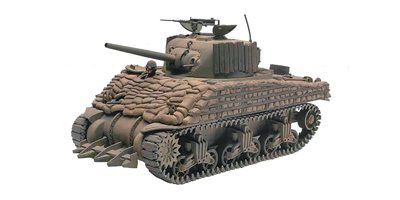 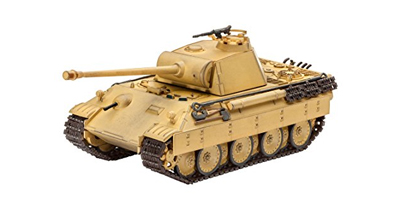 Overview: The K9 Thunder is a South Korean self-propelled 155 mm howitzer designed and developed by the Agency for Defense Development and Samsung Aerospace Industries for the Republic of Korea Armed Forces, and is now manufactured by Hanwha Defense. K9 howitzers operate in groups with the K10 automatic ammunition resupply vehicle variant. The entire K9 fleet operated by the ROK Armed Forces is now undergoing upgrades to K9A1 standard, and a further development of a K9A2 variant is in process.

Overview: The Tiger I, a German heavy tank of World War II, operated from 1942 in Africa and Europe, usually in independent heavy tank battalions. It was designated Panzerkampfwagen VI Ausf H during development but was changed to Panzerkampfwagen VI Ausf E during production. The Tiger I gave the German Army its first armoured fighting vehicle that mounted the 8.8 cm KwK 36 gun (derived from the 8.8 cm Flak 36). 1,347 were built between August 1942 and August 1944. After August 1944, production of the Tiger I was phased out in favour of the Tiger II.

Overview: These 1/35-scale weapons are precisely reproduced .30 and .50 caliber machine guns and accessories.

Overview: The Israel Defense Force(IDF) created the Merkava series of tanks out of the need to have an independent source of Main Battle Tank(MBT). Designed for survivability, the concept of modular spaced armor was incorporated to provide the Mk.III with added protection around the crew section. The modularity of the armor allows quick field replacement. A diesel powered engine mounted in the front of the hull acts as extra armor and major suspension changes were made for increased road speed and crew comfort. Merkava Mk.III is equipped with impressive offensive weaponry including a 120mm cannon, a coaxial 7.62mm machine gun, 2 anti-personnel 7.62mm machine guns, a 12.7mm machine guns for used by the commander and a 60mm light mortar.

Overview: The British named the M3 "General Stuart" upon receipt of the tank under the Lend-Lease program in June of 1941. The tank's ability to "shoot and scoot" we well as keeping the crew safe from small arms fire, earned an affectionate of "Honey" by its operators. The British cavalry men like this tank since it can travel 10 to 20 mph faster than their own or enemy tanks, and for its ease of maintenance. The M3 were designed to replace the outdated M2s. The M3 incorporated a thicker armor, lengthened hull, and trailer idler wheel to act as another road wheel to decrease ground pressure and improve weight distribution. The M3 turret has three pistol ports and shortened recoil mechanism. It was also equipped with a 37mm M6 gun, which was adequate early in the warm byt by 1942, the German counterparts far surpassed the range of the M3. The narrow width of the M3 could nat accommodate a larger gun. The M3A1 was fitted with a Westinghouse gyrostabilizer, a turret basket and Oil Gear hydraulic traverse mechanism, but lacked a turret cupola. The earlier version of the M3A1, the Stuart III, was powered by Continental W-970-9A7-cylinder radial gas 250 hp engine but by mid 1941, the Stuart IVs came off the production lines Guiberson T-1020 air coiled radial diesel engine.

Overview: The M10 tank destroyer was an American tank destroyer of World War II. After US entry into World War II and the formation of the Tank Destroyer Force, a suitable vehicle was needed to equip the new battalions. By November 1941, the Army requested a vehicle with a gun in a fully rotating turret after other interim models were criticized for being too poorly designed. The prototype of the M10 was conceived in early 1942, being delivered in April of that year. After appropriate changes to the hull and turret were made, the modified version was selected for production in June 1942 as the 3-inch Gun Motor Carriage M10. It mounted a 3-inch (76.2 mm) gun M7 in a rotating turret on a modified M4A2 Sherman tank chassis. An alternate model, the M10A1, which used the chassis of an M4A3 Sherman tank, was also produced. Production of the two models ran from September 1942 to December 1943 and October 1942 to November 1943, respectively.

Overview: The Tiger I, a German heavy tank of World War II, operated from 1942 in Africa and Europe, usually in independent heavy tank battalions. It was designated Panzerkampfwagen VI Ausf H during development but was changed to Panzerkampfwagen VI Ausf E during production. The Tiger I gave the German Army its first armoured fighting vehicle that mounted the 8.8 cm KwK 36 gun (derived from the 8.8 cm Flak 36). 1,347 were built between August 1942 and August 1944. After August 1944, production of the Tiger I was phased out in favour of the Tiger II.

Overview: The T-34 is a Soviet medium tank introduced in 1940, famously deployed during World War II against Operation Barbarossa. Its 76.2 mm (3 in) high-velocity tank gun was more powerful than its contemporaries while its 60 degree sloped armour provided good protection against anti-tank weapons. The sloped armor and Christie suspension were inherited from the design of American J. Walter Christie's M1928 tank, versions of which were sold turret-less to the Red Army and documented as "farm tractors", after being rejected by the U.S. Army. The T-34 had a profound effect on the conflict on the Eastern Front in the Second World War, and had a lasting impact on tank design. After the Germans encountered the tank in 1941, German general Paul Ludwig Ewald von Kleist called it "the finest tank in the world" and Heinz Guderian affirmed the T-34's "vast superiority" over German tanks. "As early as July 1941, OKW chief Alfred Jodl noted in his war diary the surprise at this new and thus unknown wunder-armament being unleashed against the German assault divisions." Although its armour and armament were surpassed later in the war, it has been described as the most influential tank design of the war.

Overview: The Panzerkampfwagen IV (PzKpfw IV), commonly known as the Panzer IV, was a German medium tank developed in the late 1930s and used extensively during the Second World War. Its ordnance inventory designation was Sd.Kfz.

Overview: During World War II, the primary user of the M10 tank destroyer was the United States, but many were Lend-Leased to the United Kingdom and Free French forces. Several dozen were also sent to the Soviet Union. Post-war, the M10 was given as military surplus to several countries, such as Belgium, Denmark, and the Netherlands, through the Mutual Defense Assistance Act or acquired through other means by countries like Israel and the Republic of China. Features: - American M10 tank destroyer provided to the USSR under the WWII Lend Lease program - The 3-inch main gun, 50 caliber machine gun are accurately reproduced - Accurately reproduced crew compartments - Features five precisely detailed figures - Photo-etched parts included

Overview: The Sturmgeschütz IV (StuG IV) (Sd.Kfz. 167), was a German assault gun variant of the Panzer IV used in the latter part of the Second World War. It was identical in role and concept to the highly successful StuG III assault gun variant of the Panzer III. Both StuG models were given an exclusively tank destroyer role in German formations and tactical planning in the last two years of the war, greatly augmenting the capability of the dwindling tank force available to the German army on the Eastern and Western fronts. Features: - WWII German army assault gun - Features 7.5cm StuK L/48 gun and MG34 machine gun - Build with hatches open or closed - Flexible rubber tracks - Contains three marking options