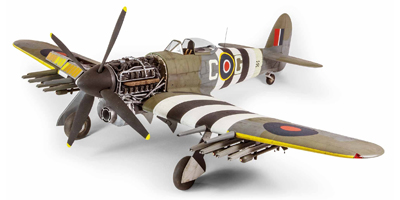 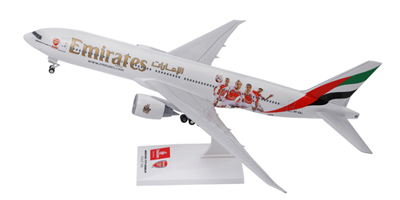 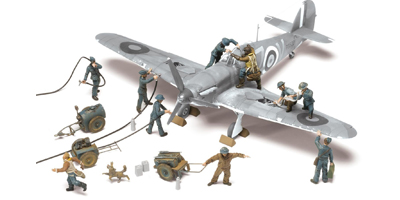 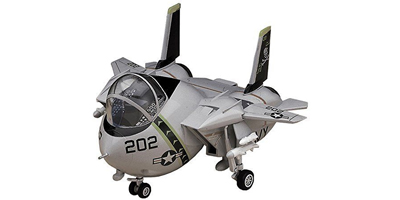 Overview:
The Apache began as the Model 77 developed by Hughes Helicopters for the United States Army's Advanced Attack Helicopter program to replace the AH-1 Cobra. The prototype YAH-64 was first flown on 30 September 1975. The U.S. Army selected the YAH-64 over the Bell YAH-63 in 1976, and later approved full production in 1982. After purchasing Hughes Helicopters in 1984, McDonnell Douglas continued AH-64 production and development. The helicopter was introduced to U.S. Army service in April 1986.

Overview:
One P-38 in particular became famous not because of its war epics, but because of how it survived over time. This P-38F was one of six Lightning’s and two B-17’s that were forced to land on a glacier in Greenland due to weather conditions while on a ferry flight to England. Buried under 262 feet of snow & ice, this particular aircraft has been the only one located to date & was recovered and returned to the United States in the early 1990’s. Today, the aircraft dubbed “Glacier Girl” has been carefully restored to flying condition and can be seen at The Lost Squadron Museum at the Bell County Airport in Middleboro, KY.

Overview:
The Messerschmitt BF109T-1 was designed for the new Germany Aircraft carrier Graf Zeppelin but the carrier was cancelled. This brought about the development of the land based Bf109T-2 with out carrier equipment but capable of short airfield take offs and landings. The Bf109T-2s were assigned to Norway for operation on their shorter airfields.

Features:
- Extended main wings characteristic of Bf109T-2
- Resin wing tips
- Wing flaps may be posed up or down

Overview:
The BF109 was the mainstay of the Luftwaffe. It was continually improved upon and the final version in production before the war's end was BF109K. It had a pressurized cabin and large engine providing superior high altitude performance while retaining an edge at lower altitudes as well.
This kit is a good project for the novice modeler or for a advanced modeler wanting a basic starting point for some greater detailing.

Overview:
The 500D Police helicopter went into production in 1969 and is one of the fastest helicopters in its class. The MD 500 series is an American family of light utility civilian and military helicopters. It developed from the 500, a civilian version of the US Army's OH-6A Cayuse/Loach.

Overview:
First flown in 1974, engine modifications gave this helicopter its nickname: "The Quiet One". The 500D is a nimble helicopter. It was valuable as an observation and attack helicopter in the Vietnam War. The "T" type tail and five blade rotor added to the quiet operation.

Features:
- Engraved panel lines and rivet detail
- Highly detailed cockpit interior
- Main rotor blade can be spun after assembly
- TOW missile system attaches to each side of the heli

Overview:
History was forever made on October 5, 1944 when a Spitfire XIV of No.610 Squadron was the first Allied aircraft to shoot down a turbojet-powered Messerschmitt 262A Swallow!

Designed as an experimental Mark V fore-runner of future Spitfires, it proved so promising, it was named the Mark XIV and rushed into production. Over 1,000 aircraft of this type were manufactured and deployed before the end of World War II.

It was the Mark XIV that finally had the range and maneuverability to go against the FW-190 on equal terms. Powered by the two-stage type 65 engine, the Mark XIV differed from the earlier Spitfires by its larger rudder and elevators, five-bladed ROTOL propeller and four 20mm cannon mounted in its type "C" or "E" wing.

Besides its successful battle history, in particular shooting down over 300 V-1 Flying Bombs, many aviation enthusiasts regard the Spitfire Mark XIV as one of the most beautiful fighter airplanes ever designed.

Overview:
The Mikoyan-Gurevich MiG-21 is a supersonic jet fighter aircraft, designed by the Mikoyan-Gurevich Design Bureau in the Soviet Union. It was popularly nicknamed “Balalaika”, from the aircraft’s planform-view resemblance to the Russian stringed musical instrument (English: pencil) by pilots due to the shape of its fuselage. Approximately 60 countries over four continents have flown the MiG-21, and it still serves many nations six decades after its maiden flight.

Overview:
Jagdgeschwader 27 (JG 27) "Afrika" was a fighter wing of the Luftwaffe during World War II. The wing was given the name "Africa" for serving in the North African Campaign predominantly alone in the period from April 1941 to September 1942. Elements of JG 27 fought in every major theatre of operations in which the Wehrmacht operated.

Overview:
Intended to succeed the Me 262, this WWII German jet fighter design was never fully developed.

Overview:
The U.S. Navy SBD-2 was a dive bomber used during WWII including in the raid against Japan at Lae and Salamaua in New Guinea.

Overview:
During WWII, the worst nightmare of Soviet ground troops were Ju-87 "Stuka" series
dive bombers; for Germans, that was Il-2 Stormovik. TsKB-55/57, designed by Sergey
Ilyushin and his team of Central Design Bureau, was a strong, all-metal aircraft, and
propelled by AM-38 engine(1,680HP).

It was operated by a pilot and a rear gunner, and they're protected by 'armored bathtub'
along with fuel tank. But when it came to mass production stage and deployment as
Il-2 in 1941, lack of material forced it to become a single-seat aircraft, with wooden
parts used for wings and the rear parts of fuselage.

Being called as "Ilyusah", "Flying Tank" and "Stormovik: Storm Bird" by Russians,
the Il-2s served with Soviet air force brilliantly and gave their enemy a great fear and
massive damage, which was enough to earn the name of "The Black Death" by Germans,
in spite of massive damage of Il-2 themselves.

Il-2s were so important that Stalin stated it as "Necessary like air, like bread". Il-2s still
had problems to solve, so the developments continued; rear gunner revived, more powerful
engines were used, more armor and re-designed wings were made to be an enhanced
version, Il-2M. Outnumbering the Bf109s(around 35,000 samples produced), Stormoviks
were produced over 36,000 and it's still the best record of most-produced combat aircraft.